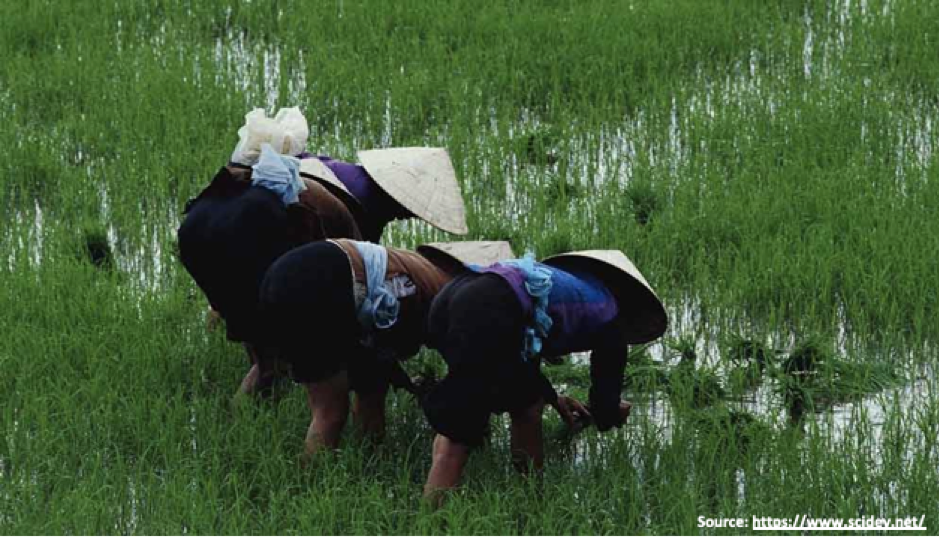 An alarming increase in the rate of antibiotic resistance (ABR) is of international concern. The consumption of antibiotics in human and animal health is relatively well documented. However, there is a lack of data on antibiotic use in crop production. A study carried out by Philip Taylor &amp; Robert Reeder (CABI’s science center at Egham, UK) made an important contribution in the analysis of antibiotic usage specifically in the crop health. The study used the Plantwise Online Management System (POMS) as the information source and analyzed data from the 32 countries including India (South East Asia region) during the period 2012 -October 2018. They investigated the scale and diversity of recommended antibiotics to regulate crop health problems in Low and Middle-Income Countries (LMICs). The study revealed that almost all the regions of the world are frequently using antibiotics in crop production as a prophylaxis to prevent and regulate bacterial disease. The study also states that antibiotics are recommended on more than 100 crops, but they are mainly used in rice farms. As per the reports in 2018, India is the second-largest producer of rice. Therefore, rice farms could be one of the major contributors to increasing ABR in India.

ABR is considered as a “One Health subject”. Both the cause and solution of ABR are directly linked with the interactions between humans, animals, and the environment thus must be addressed at all the three sectors globally. Thus, the data generated through the study can be used for the development of effective regulation strategies for the agricultural sector in
India and other LMICs to avoid the emergence and spread of ABR from the environment to human
and animal.
To read more: Follow this link

Honey: Another Alternative in the Fight against Antibiotic-Resistant Bacteria?