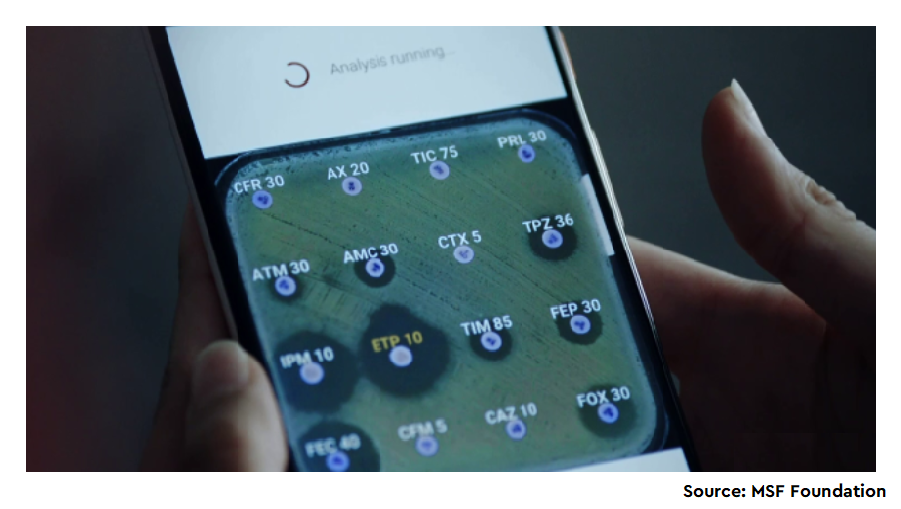 Antimicrobial resistance (AMR) is a major global health threat whose emergence and spread depends greatly on the misuse of antibiotics. The keyway is to tackle the situation by effective and correct diagnosis of the resistance pattern. It seems that one of the very common and acceptable ways for checking the resistance pattern is disk diffusion antibiotic susceptibility testing (AST, also called antibiogram). However, it is associated with strong criticism because of inter-operator variability, more time consumption and unavailability due to limited resource settings. The application of different automatic reading systems has been introduced to lessen the drawbacks of disk diffusion AST. But the same is not accessible to the hospitals and laboratories with limited resources.

On similar basis, a group of scientists from France in collaboration with Medecins Sans Frontieres (MSF) have recently came up with an offline smartphone application for antibiogram analysis based on artificial intelligence (AI). The usage of the application in offline mode is the key strength. The same is possible as the application captures the images with the phone’s camera itself followed by the analysis through a userfriendly graphical interface. It works based on an embedded expert system that validates the coherence of the antibiogram data and provides interpreted results. The trials carried out indicate the automatic reading of antibiotic resistance testing is entirely feasible on a smartphone. Such a wonderful initiative via MSF Foundation has brought together the people and skills needed for this application to be developed and will definitely play a key role in global fight against AMR.

Wild boar as a reservoir of antimicrobial resistance