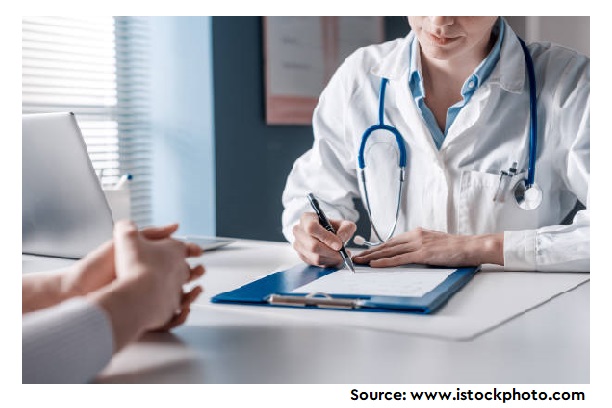 To curb antibiotic resistance (ABR), a common strategy of adhering to full course of antibiotics is accepted worldwide. Irrespective of the progress of disease or recovery from symptoms, the patients are instructed to take antibiotics for a fixed number of days. Recent evidences question this approach by showing the correlation between the development of antibiotic resistance and longer course of intake of antibiotics (both at the level of communities and individuals). Appropriate prescription of antibiotics based on symptoms for shorter durations has been found associated with lower levels of ABR. It is in this context that antibiotic ‘deprescribing’ is put forward, which is the method of discontinuing antibiotic use before completing the scheduled course of time if the doctor finds it appropriate and adequate. The doctor may take the decision to stop antibiotics if he/she finds that prolonging intake of them (till the completion of standard course of days) is not benefitting the patient anymore, and instead causes harm.

A recent study is published from Spain in which the attitudes of General Practitioners (GP) on this approach of antibiotic deprescribing (AD) are explored by a cross sectional survey. It was found that majority of the GPs expressed concurrence to antibiotic deprescribing strategy and reported that they have used it at least once in their practice. For diseases such as common cold, influenza, they GPs reported to be more confident to adopt AD while they were less confident to do so in case of diseases such as acute bronchitis. It was also found that GPs could confidently resort to AD more when the treatment was prescribed and initiated themselves, while they were apprehensive to do so when the treatment was started by another doctor suggesting ‘prescribing etiquette’.

The findings put forward by this study show that many differences exist among general practitioners while employing the antibiotic deprescribing strategy. Further research is needed to explore their behaviours and beliefs which have an influence on strategies to combat ABR in primary care settings.

To read more, kindly visit the website of the journal- ‘European Journal of General Practice’ (Link).

Implications of indoor microbial ecology and evolution on antibiotic resistance

Childhood vaccines and antibiotic use in low and middle-income countries