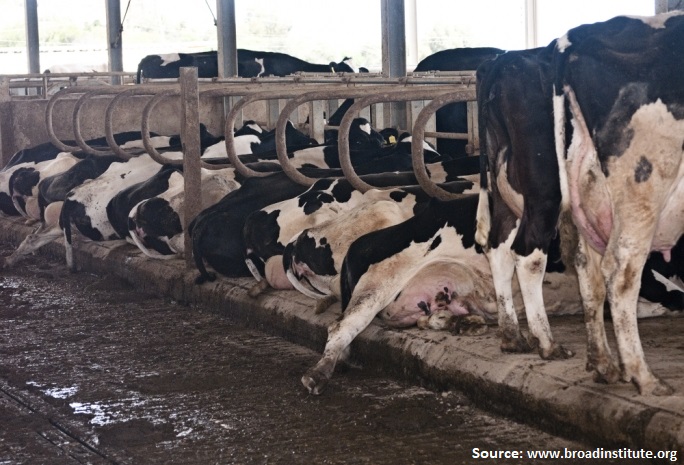 Antimicrobial resistance (AMR) is a rising public health threat that is contributed by human interventions
in medical, agriculture and environmental sectors. Data suggest that majority of the antibiotics sold all
over the world is fed to cattle to improve their health and increase productivity. The antimicrobial
resistant bacteria and antimicrobial resistant genes in the livestock, when consumed, will enter the
human bodies leading to conditions rendering antibiotics ineffective in need.

In various parts of the world, waste produced during dairy production activities are considered as major
contributor to antimicrobial resistance in the environment. Since use of antimicrobials in animal
husbandry cannot be entirely avoided, alternate measures to control AMR are very much needed
though, very less evidence is available with regard to these countermeasures. Researchers conducted a
longitudinal study in UK on dairy slurry with an interdisciplinary approach by employing microbiological
analyses and mathematical modeling along with some experimentations for about 6 months. The slurry
under study contained a variety of organisms/genes resistant to commonly used farm antibiotics. Their
aim was to understand the effect of storing dairy slurry in tanks on the presence of antibiotic resistant
organisms/genes and identify effective approaches to control the spread of AMR from dairy sources to
the environment.

Results showed that the microbial population in the slurry existed in dynamic equilibrium, by balancing
deaths of organisms with fresh input. It was also found that storing slurry in tanks for atleast 2 months
without permitting to mix with fresh input significantly reduced some resistant bacterial population such
as cephalosporin resistant E- coli and reduced the spread of them to land. This study throws light to
adoptable farming practices to control AMR in dairy sector with a critical role of dairy slurry storage.
Along with other measures such as responsible and appropriate antibiotics use, practices such as slurry
storage should be encouraged in the agriculture sector to ensure effective tackling of the menace of
AMR.

To read more, kindly visit the website of the journal- ‘Environment International’ (Link).

Environmental Antimicrobial Resistance and Its Drivers: A Potential Threat to Public Health

Community-acquired bacteraemia in COVID-19 in comparison to influenza A and influenza B: a retrospective cohort study