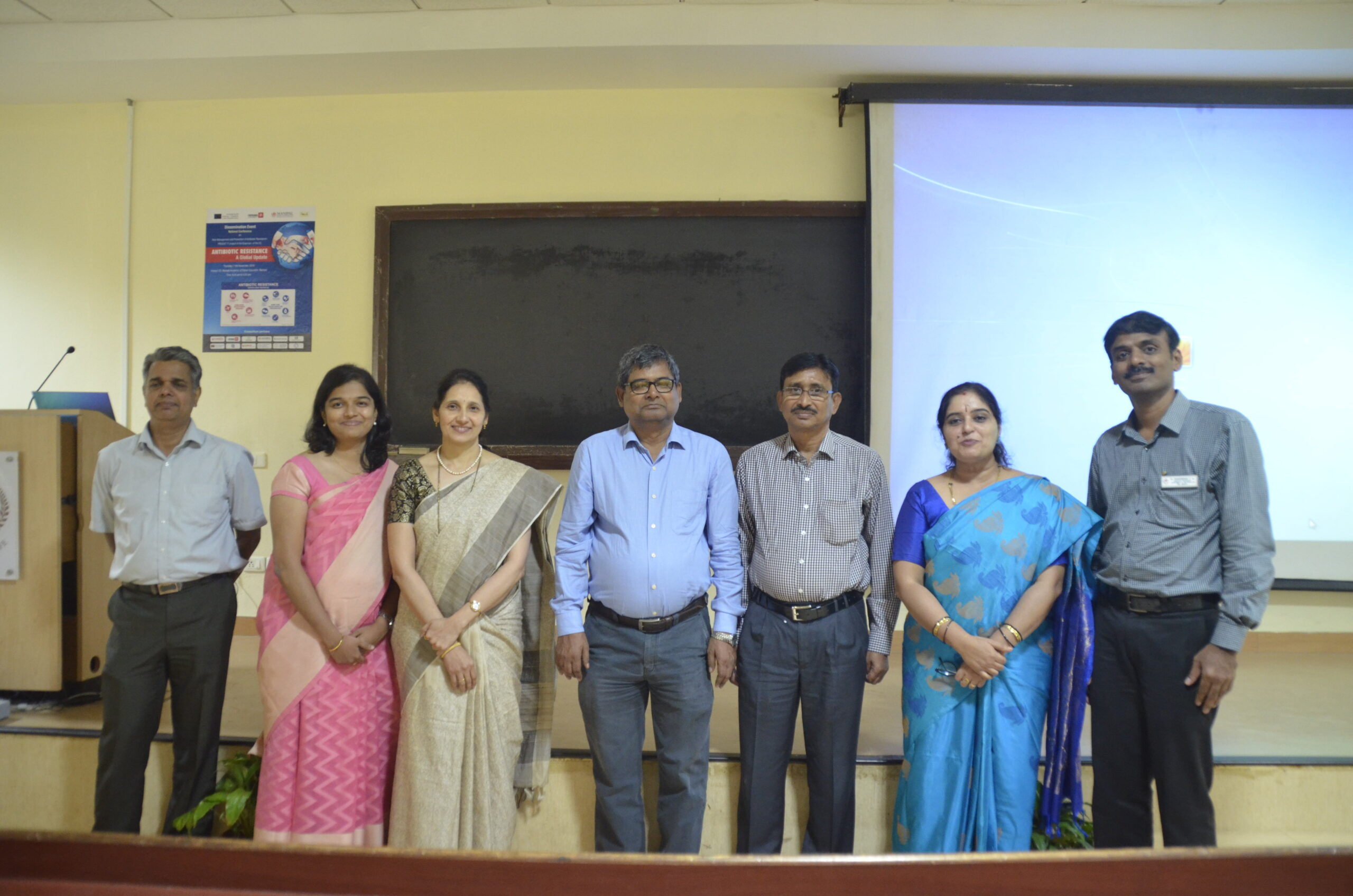 The Prasanna School of Public Health, Manipal University, organized a national conference on “Risk Management and Prevention of Antibiotic Resistance: Global Update” on November 14, 2019. The event is being organized as one of dissemination activity for the PREVENT IT project, co-funded by Erasmus plus. Approximately 150 students from public health attended the interactive session and gained knowledge on different aspects of risk management and prevention of ABR.  The first key note speaker, Dr Anuj Sharma, WHO Country Office for India spoke extensively about Global and WHO initiatives for antimicrobial resistance (AMR) and its containment. Another keynote speaker, Mr. Benoit Sauveroche, First Counsellor at the Delegation of the European Union to India and Bhutan, shed light on the key activities undertaken by European commission on AMR.

The students were also enlightened about the improper usage of antibiotics in livestock sector and the implications of the entering in post-antibiotic era. As part of preventive measures, the lectures were delivered on the infection prevention and control in hospital setting as well as on the need and importance of rational prescribing of antibiotics. Also, the key aim and upcoming activities of the Prevent IT Project were shared with the participants. An effort was made to keep all the sessions interactive and queries raised were answered by the dignitaries. The final session was wrapped up by Dr Helmut Brand, Chairman, Department of International Health, Maastricht University.

The dissemination event organized was held to mark World Antibiotic Awareness Week, which is celebrated all over the globe from November 14-24, and aims to increase awareness of global antibiotic resistance and further encourage best practices among the general public, health workers and policymakers to avoid the further emergence and spread of antibiotic resistance.