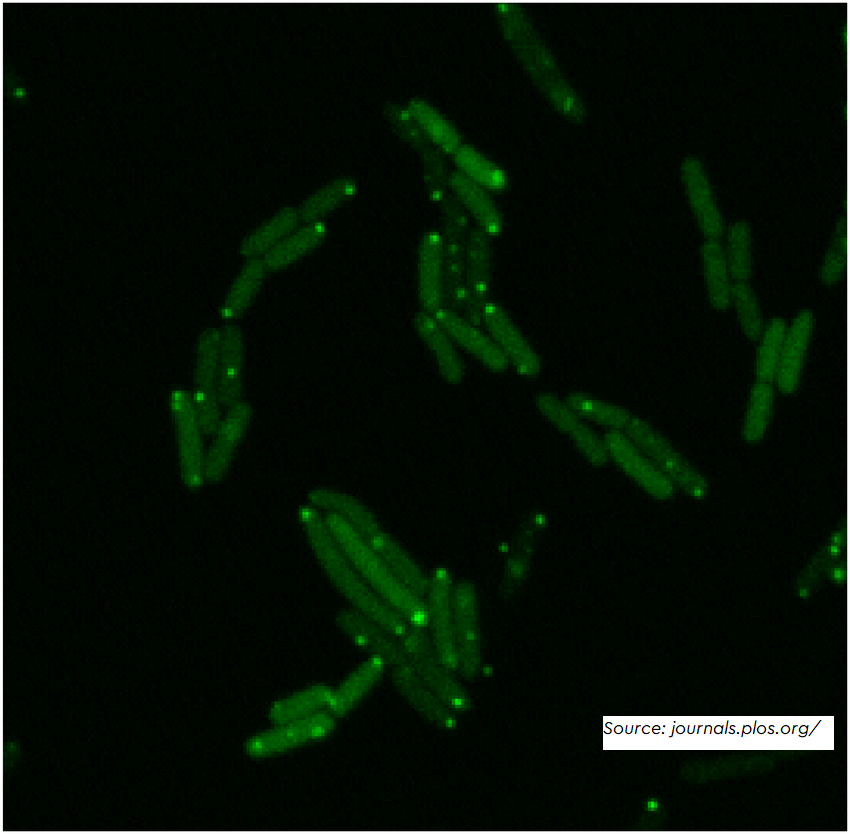 The presence of the enzyme New Delhi Metallo-β-lactamase-1 (NDM-1) in bacteria imparts resistance to several last resort antibiotics (e.g. carbapenems). Thus, it imposes an antibiotic resistance threat to the global health care sector.  A study led by Walter Fast and Emily Que (University of Texas, Austin) developed a fluorescent detector that specifically binds NDM-1 and emits fluorescence. They demonstrated localization of NDM-1 in clinical strains of Escherichia coli. However, this detection system can also be used to identify a specific NDM-1 inhibitor, thus possess a great potential to be used to screen effective therapeutic strategy. Moreover, the action of NDM-1 is influenced by the zinc flux. It has been found that upon infection, the body accelerates the synthesis of defence proteins and seize all metal ions including zinc which is important for the action of NDM1. Hence, this fluorescence chemistry will also help to understand the metal ion chelation (seizing) by the host defence system.

To know more on this topic, kindly visit the website of the journal of the American Chemical Society. (Link)

Knowledge and behavior of consumers towards the non-prescription purchase of antibiotics: An insight from a qualitative study from New Delhi, India