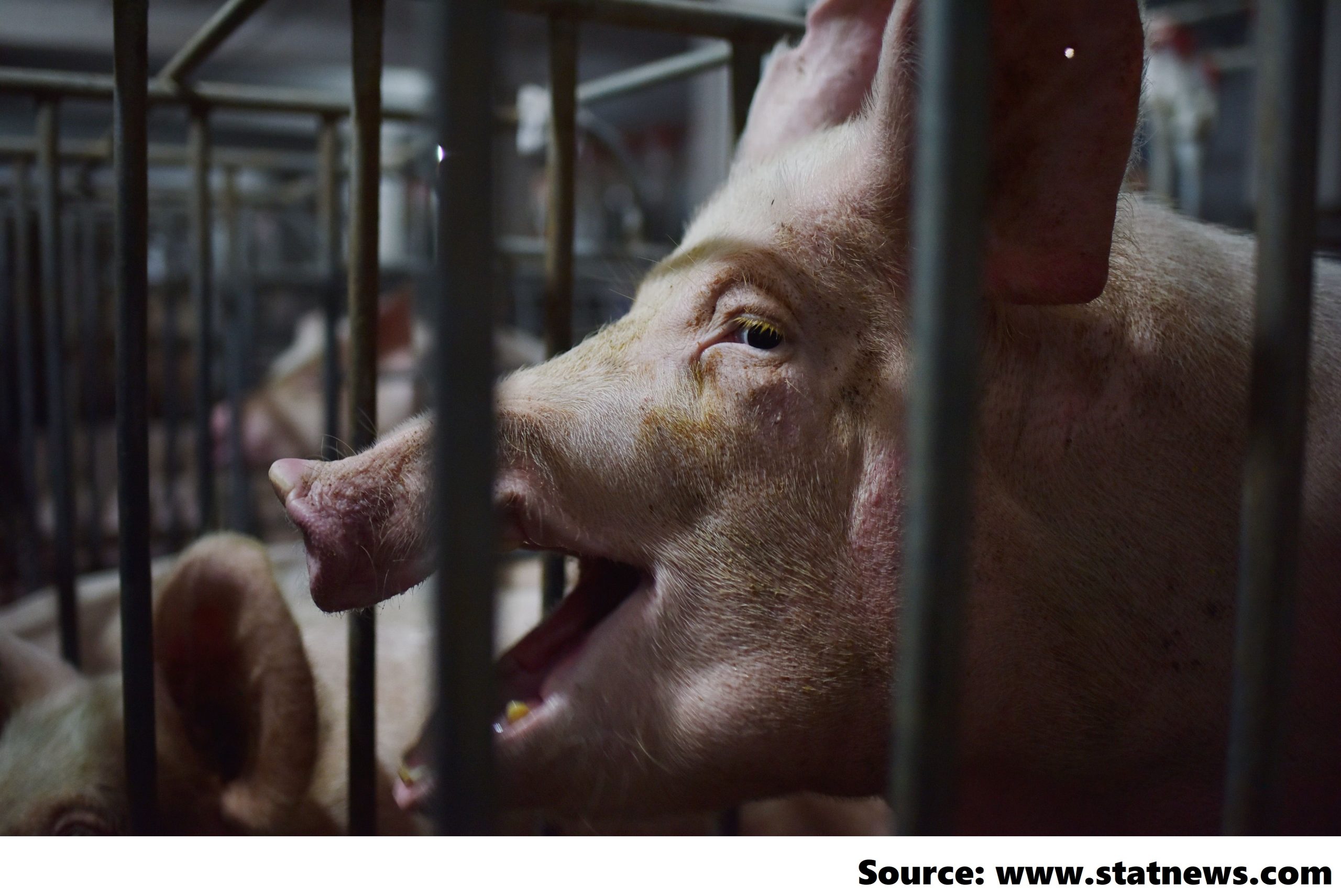 This photo taken on August 10, 2018 shows a pig standing in a pen at a pig farm in Yiyang county, in China's central Henan province. - The powdery yellow mixture of soybean-based feed for pigs -- one-fifth soy -- has become pricier as the trade spat between China and the US escalates, with Beijing slamming US soybean imports with tariffs of 25 percent last month. (Photo by GREG BAKER / AFP) / TO GO WITH China-US-trade-pork, FOCUS by Becky DAVIS (Photo credit should read GREG BAKER/AFP/Getty Images)

The transfer of antibiotic resistance genes (ARGs) has become a crucial health concern and understanding the process of transmission is important for human health. With the help of sequencing techniques, it is now possible to examine the contribution of mobile genetic elements towards the spread of ARGs. The spread of ARGs majorly occurs by formation of conjugative pilus which acts as a pathway for interaction between bacterium and the donor for the transfer of genetic elements. Pig fecal samples are often found to contain ARGs. Previous studies have shown that bacteriophages may encode ARGs in pig feces.

Study was conducted by collecting fecal samples from 14 pigs and deep sequencing was performed on highly purified viral fractions and microbiota. It was revealed that ARG genes are 1000 fold lower in viral genome as compared to the bacterial genome. Therefore, the pig samples with heavy antibiotic use, had lesser probability of detecting an ARG in phage contig and more in bacterial genome. The results indicate a green signal in terms of safety for the phage use to treat infections, with an exception of the ones with high transduction levels.

To know more about the trend, visit the website of ICME Communications (Link).