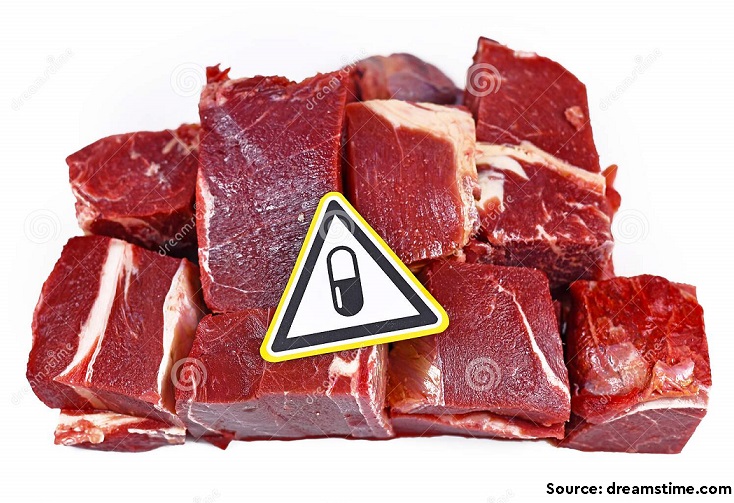 The misuse of antibiotics in animals, especially in low and middle income countries is largely due to poor regulations. This results in the increased emergence and dissemination of antibiotic resistance bacteria and genes (ARGs) in animal and animal products. Sadly, these resistant strains can be transmitted from animals to humans through different ways such as meat consumption, direct animal contact, and exposure to environmental runoff. To lower down the spread of antibiotic resistance, government is playing key role and is trying to ban the use of antibiotics in animals.  Chloramphenicol, for instance is now rarely prescribed in human medicine in Peru and is banned from food animal production since 2013. However, another antibiotic named as Florfenicol, is being used widely as growth promoter in animals. Thus, it has been assumed that resistance to Florfenicol in human commensals did not emerge from clinical use, but because of extensive use of the drug in animals. Nowadays, due to increased global consumer awareness of how animal meat is produced, the consumers demand for organic and free-range farms.

In this regard, a study was conducted to compare the presence of Escherichia coli from chickens and humans with varying levels of exposure to chicken meat in Southern outskirts of Lima, Peru.  The choice of animal product was chicken as it is highly grown local intensive farming systems and act as a primary source of animal protein for the Peruvian population. For this, E. coli was isolated from cloacal swabs of non-organic and organic chickens, from stools of market chicken vendors, non-vendors and babies. Of the total isolates obtained, E. coli isolates from chickens showed higher rates of multidrug-resistant and extended-spectrum beta-lactamase phenotypes. It was observed that non-organic chicken isolates were more resistant to most antibiotics tested than human isolates, while organic chicken isolates were susceptible to most antibiotics. Thus, the study conducted by Murray et al. (2021)clearly highlights the potential transmission of resistance genes in Escherichia coli from market chickens into human populations. In end, the authors emphasized that restricting the non-therapeutic supplementation of antibiotics in animal feed and regulating the drug classes used to treat disease will lower the dissemination of AMR from animals into humans.

For more information, please visit the website of Frontiers in Microbiology (Link)