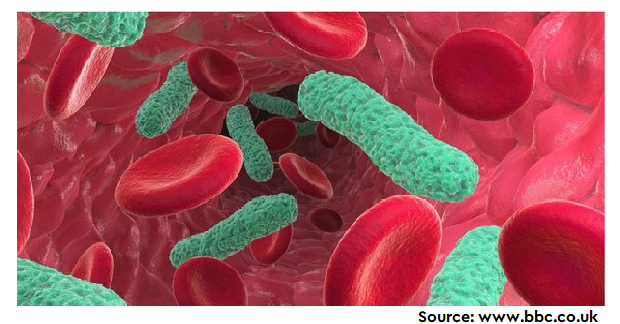 Intensive care unit acquired bloodstream infection (ICU-BSI) is a prevalent healthcare-associated infection and is related to high mortality. Thus, it becomes very important to examine the length of hospital stays and its impact on ICU-BSI epidemiology. In this direction, a recent study tried to run a nation-wise observational study on BSIs in Switzerland. Using a comprehensive national microbiological database, researchers set out to explain the distribution of infections and antibiotic resistance (ABR) in ICU-BSI based on the length of hospitalization. The BSI data was collected from the Swiss Centre for Antibiotic Resistance (ANRESIS), which included 6505 ICU- BSI isolates from hospitals that sent information during the entire study period (Jan 2008- Dec 2017).

The results showed that Escherichia coli was the most common microorganism (23.2 %), followed by Staphylococcus aureus (18.7%) and Enterococci (13.1%). The distribution of pathogens and ABR in ICU-BSI was found to be directly affected by the length of stay. A linear rise was seen in, resistance to first- and second-line antibiotics during hospitalization. On day zero, ABR to first-line antibiotics was 13.1 percent, and it steadily grew to more than 60 percent by day 28th and a similar profile was observed in the case of second-line antibiotics. Not only this, the proportion of candidemia and other resistant microorganisms also increased during hospitalization.

To know more about the distribution of microorganisms, resistance to specific antibiotics relative to hospitalization, please visit the scientific reports of Nature publishing group (Link).