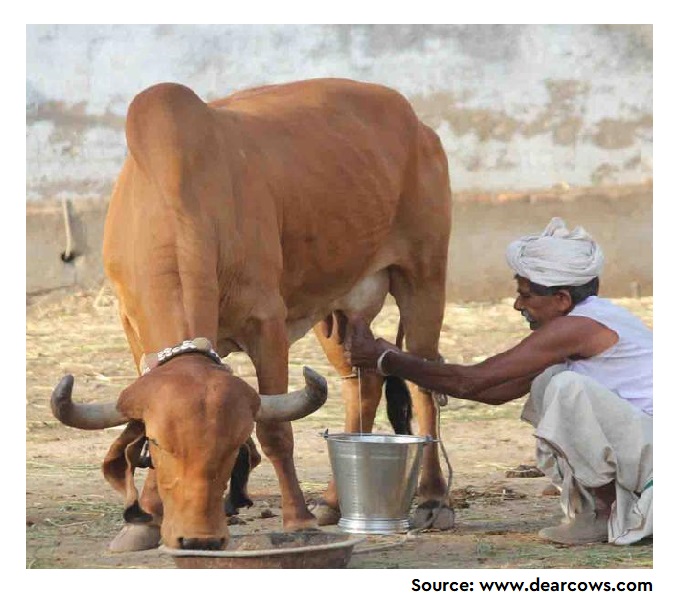 The unnecessary use and misuse of of antibiotics in humans and animals contributes to the emergence of antibiotic resistance. Though India is world’s  leading producer of milk, it also ranks fourth in the usage of antibiotics in the livestock. However little data exists highlighting how antibiotics are used in dairy farms especially in small-scale dairy farm in the country.

A study with mixed method approach was conducted in 491 small-scale dairy farms in two states of India, namely Assam and Haryana where farmers were interviewed, farms were inspected for the presence of antibiotics and milk samples were taken to find out antibiotic usage. Only 10%, of farmers surveyed confirmed using antibiotics in their dairy herds during the last 12 months. 8% of farms  surveyed had milk samples positive for antibiotic residues. Only 2% of the farmers surveyed had heard of the term “withdrawal period” and  53% of the farmers who responded that they had  administered antibiotics in last 12 months  had never heard about the term “antibiotic”.

To know more, please visit the website of MDPI (Link).

Why do hospital prescribers continue antibiotics when it is safe to stop? Results of a choice experiment survey

Prevalence and patterns of drug-resistant pulmonary tuberculosis in India—A systematic review and meta-analysis.