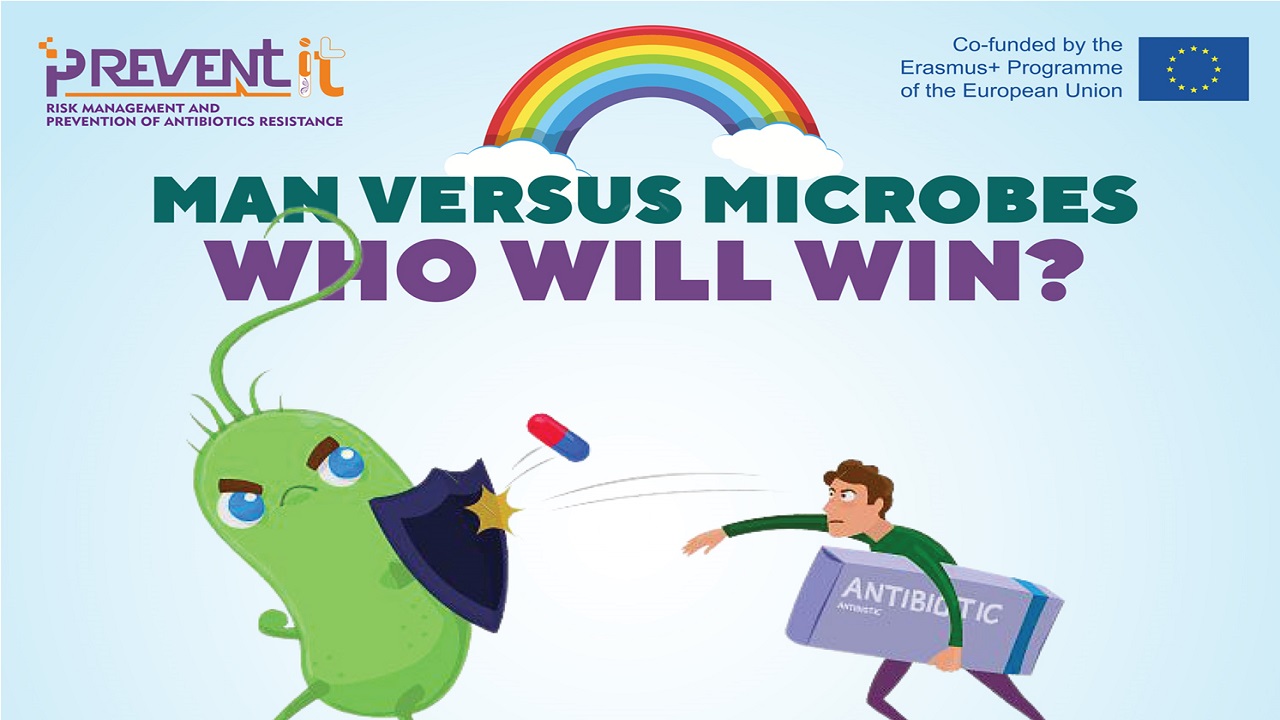 The medical discovery of antibiotics is most significant, as it saved many lives from untreated infections. But the scientists involved in the discovery, also warned about the possibility of bacteria becoming resistant to these drugs – a situation named as Antibiotic resistance (ABR). It is a condition where the bacteria modify themselves with various mechanisms enable them to eventually overpower particular antibiotics. ABR can occur by natural selection, but the process is getting accelerated by acts such as injudicious use of antibiotics in humans and widespread use of them in animal sector.

As rightly said by Jean-Jacques Rousseau, ‘Childhood has its own way of seeing, thinking, and feeling, and nothing is more foolish than to try to substitute ours for theirs’. Children have a unique point of view. They are our future leaders. Thus, it is highly important to educate them about the Antibiotics Resistance. To help understand the crux of the issue, the researchers of project PREVENT IT (co-funded by Erasmus+) addressed around 80 students from Chitkara International School, Chandigarh.

The key idea of the session was to raise awareness about ABR and empower students with the knowledge to manage situation at individual level using simple preventive strategies. The session started with the introduction of basic terms like health, microbes and then moved forward with detailed information on each of those topics. Once the introductory session was over, the core of the subject was addressed explaining ABR spread, and the students were taught the valuable preventive aspect, giving them an idea how they can contribute to reducing the incidence of AMR in the society at large. The students actively participated and showed lot of enthusiasm during the session. It seems that such sessions can literally bring change in the behavior and understanding of the children and society towards the use of antibiotics.

To know more about the engaging event, you can click on this link!