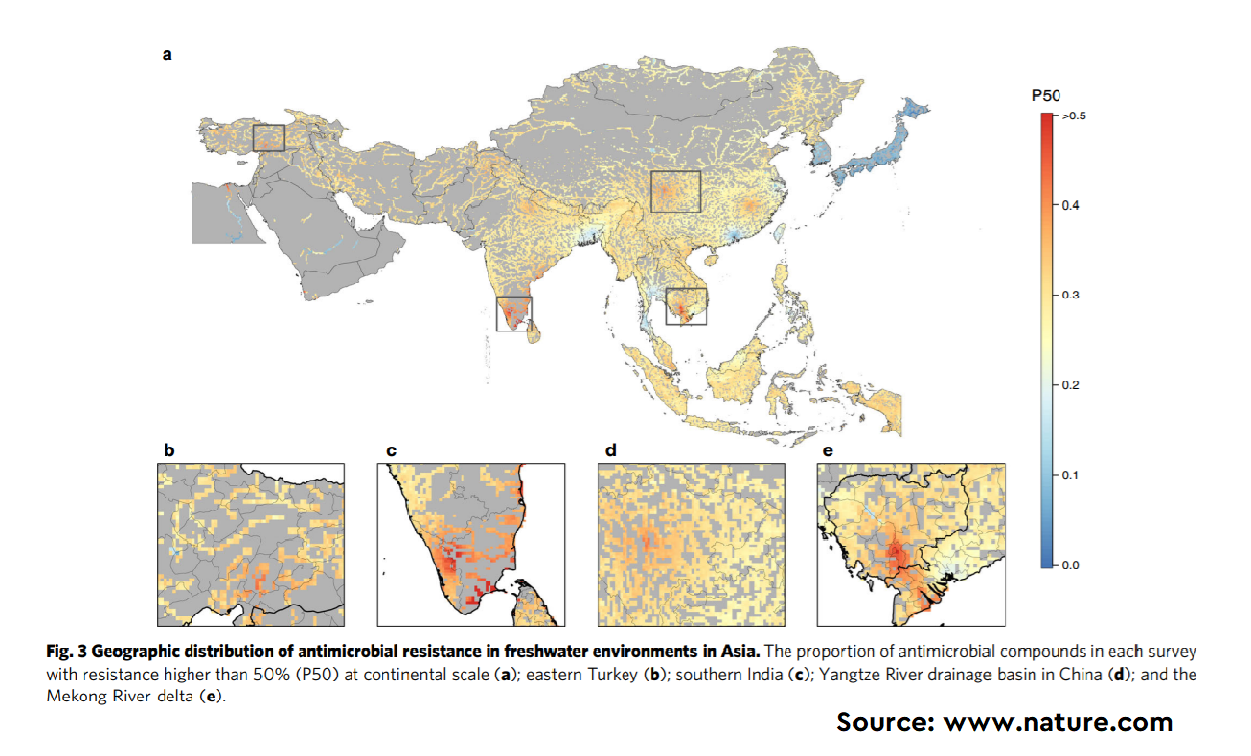 Aquatic animals account for 20% of animal protein in the human diet for over 40% of the world’s population, and aquatic animal consumption surpasses all other animal protein sources combined. Global fish production is rapidly increasing as a result of rising demand. This rapid growth in animal protein production results in increased use of antimicrobials in the animal food sector. As a result, the threat of antimicrobial resistance (AMR) to human and animal health is expanding. However, AMR trends in aquatic animals – the world’s fastest-growing food animal sector are rarely studied, particularly in Asia, which produces two-thirds of the world’s food fish.

In foodborne pathogens, the authors observed alarming levels of resistance to medically relevant antimicrobials. Between 2000 and 2018, the antimicrobial resistance compounds per survey surpassing 50% remained stable at 33% in aquaculture and decreased from 52% to 22% in the fishery. Amongst these foodborne pathogens, resistance was highest to Penicillin (60.4%). The mapping of resistance found that eastern China and India can benefit more from future surveillance efforts.

Industry incentives and antibiotic resistance: an introduction to the antibiotic susceptibility bonus

Antimicrobial Resistance and One Health in the Post COVID-19 Era: What Should Health Students Learn?