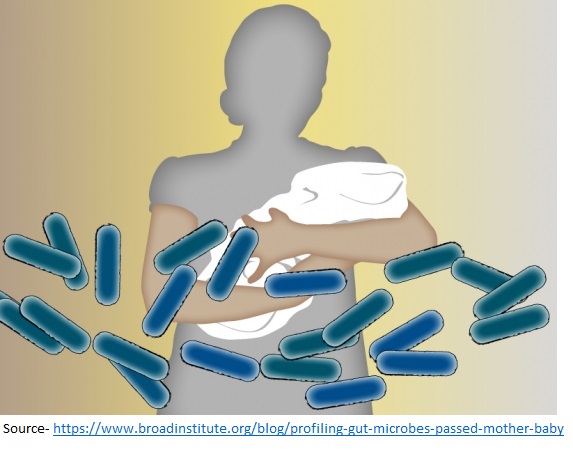 Antibiotics have been crucial in the success of modern medicine in the fight against infectious diseases. Over recent decades, antibiotic resistance has emerged as a significant challenge by reducing the effectiveness of antibiotics in this fight. Antibiotics are widely used after childbirth to prevent potential infections and complications such as sepsis.

Previous researches showed that babies inherit a major portion of the beneficial gut bacteria from their mother’s gastro intestinal system before and during childbirth. Researchers conducted a cohort study in Finland among newborn children and mothers to understand how the use of antibiotics during late pregnancy and childbirth affected the transmission of healthy gut bacteria from mothers to children. They collected fecal samples from study group where antibiotics were given to mothers during delivery and control group where antibiotics were not given, and compared the gut bacteria levels of the child using ‘metagenomic approach’.

To read more, kindly visit the website of the journal- ‘The Journal of Infectious Diseases’ through the link https://www.ncbi.nlm.nih.gov/pmc/articles/PMC8514186/