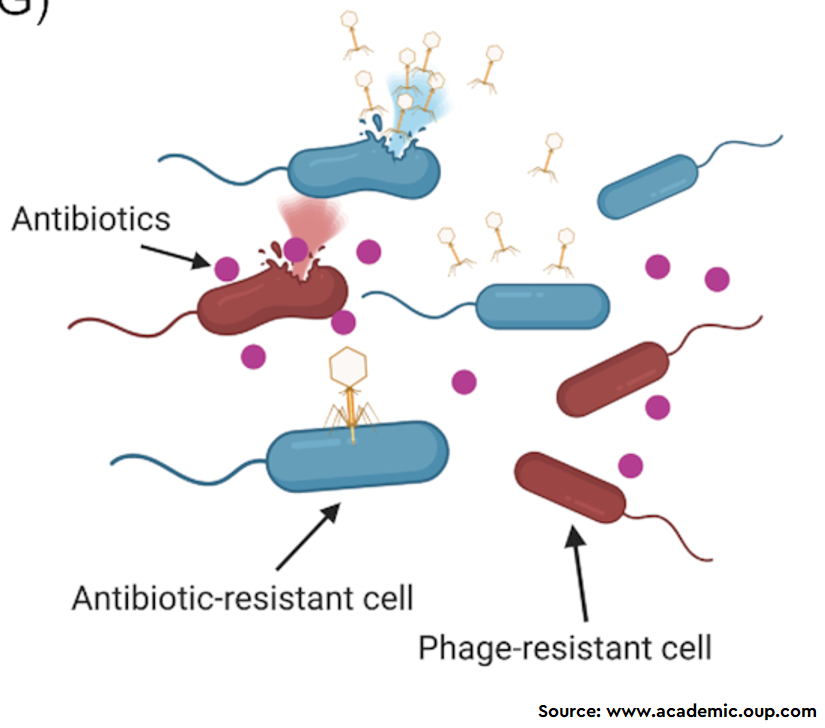 The discovery and introduction of antibiotics in clinical practice had revolutionized the field of modern medicine. However, the golden period of antibiotics has come to an end due to the injudicious use of antibiotics, the bacteria managed to develop multiple antibiotic resistance (ABR) mechanisms. ABR is a major public health concern worldwide, with potentially disastrous consequences for global health if new antibacterial strategies are not developed fast. Bacteriophages which are commonly known as phages are a form of viruses used to treat bacterial infections. The review article discusses the current situation of phage therapy in the western world, followed by the major challenges faced by phage therapy.
The number of case studies in which phage therapy has been effectively used to treat life-threatening infections is growing. The increased interest in phage therapy among patients and clinicians, as well as the resulting increase in requests for phages from all over the world, underscores the need for phage banks with well-characterized phages to facilitate worldwide access. The general use of phages for biocontrol is in line with the One Health Approach. In the final remarks, the authors urge for a global coordination and an action plan to make phage therapy available worldwide.
To know about the challenges and future opportunities in the field of phage therapy, visit the website of Oxford Academic (Link).