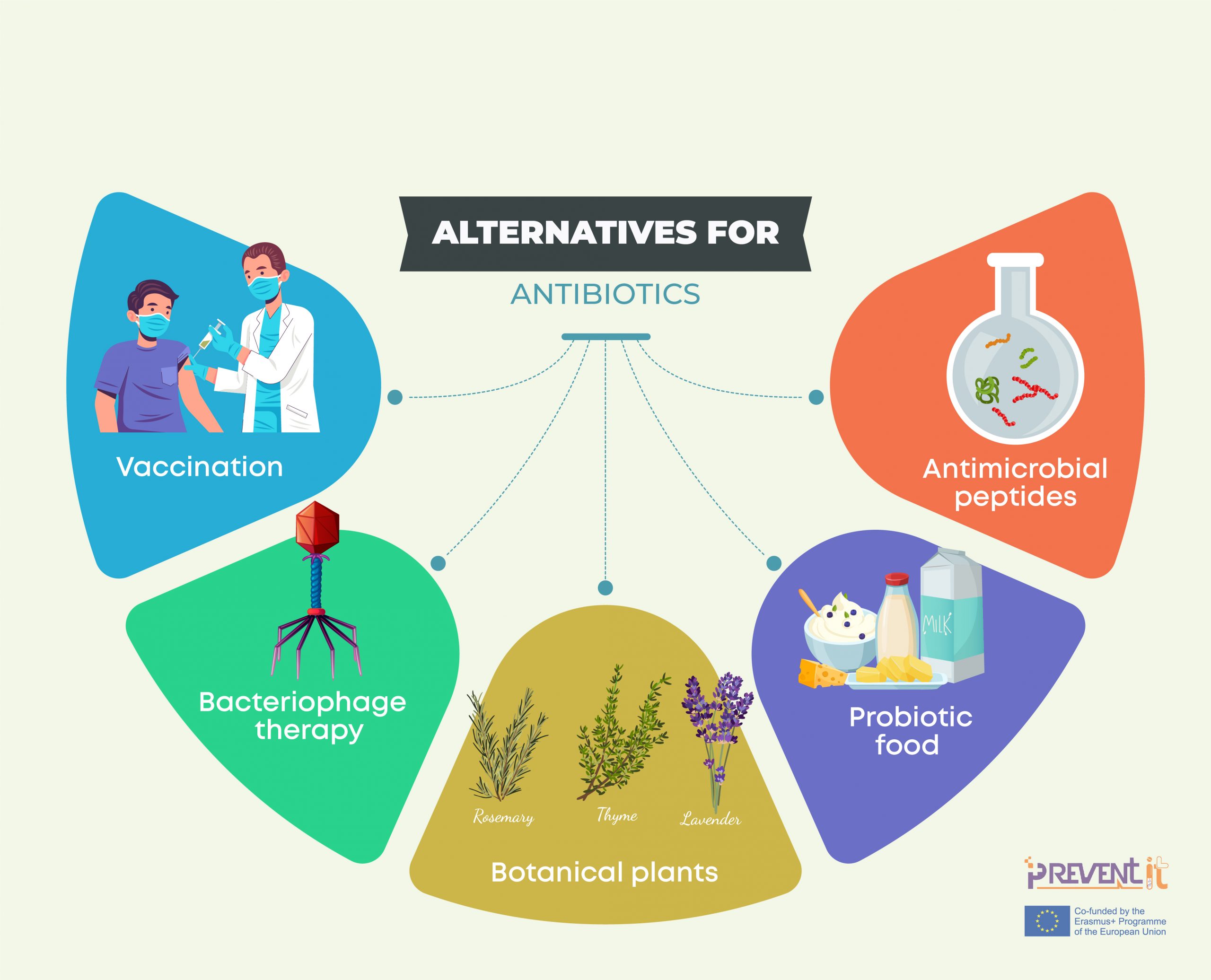 Antibiotics were once considered wonder drugs. They worked fantastically to treat infections and bring down the mortality and morbidity due to bacterial infections. Unfortunately, humans misused these drugs resulting in antibiotic resistance. As a result, antibiotics started to fail. Pharmaceutical companies are showing more interest in funding drugs like anticancer drugs and diabetic drugs instead of antibiotics. This is partly due to the rapid emergence of resistance to newly developed antibiotics, ultimately affecting profitability. As a result, very few new antibiotics got discovered in the last decade. Hence, it becomes imperative to utilize alternatives to antibiotics to preserve our wonder drugs.

First, Phage therapy can be considered an alternative to antibiotics. Phages are viruses that act on specific bacteria by releasing the genetic material of the phage into the bacteria, thereby degrading the bacterial DNA. They multiply within the bacterial cell, which ultimately kills the bacteria. Second, Antimicrobial peptides or AMPs are components of the body’s defense mechanism. They have antibacterial activity by reducing the bacterial gene copies and inflammatory damage. Combination of AMP-AMP and AMP- Antibiotics also show promising results. Third, Vaccines are the best preventive measure against bacterial infection, ultimately leading to a decrease in antibiotic consumption and reducing resistance. Fourth, cytokines (cell signaling glycoproteins) and antibodies can be potential alternatives to antibiotics. Though they cannot replace antibiotics, they have an essential role in reducing antibiotic use. Fifth, phytochemicals or plant extracts can be used as an alternative to antibiotics, either alone or with conventional antibiotics. Lastly, probiotics are also a potential new alternative by inhibiting the growth of pathogenic bacteria in the body by competing for nutrients, producing antimicrobial substances, or stimulating the immune response. The above methods can reduce antibiotic use but cannot replace them entirely. More research is needed in this area to study more about the antibacterial potential of these alternatives.

To know more about the alternatives, please visit the website of the Journal of Applied Pharmaceutical Science (link).