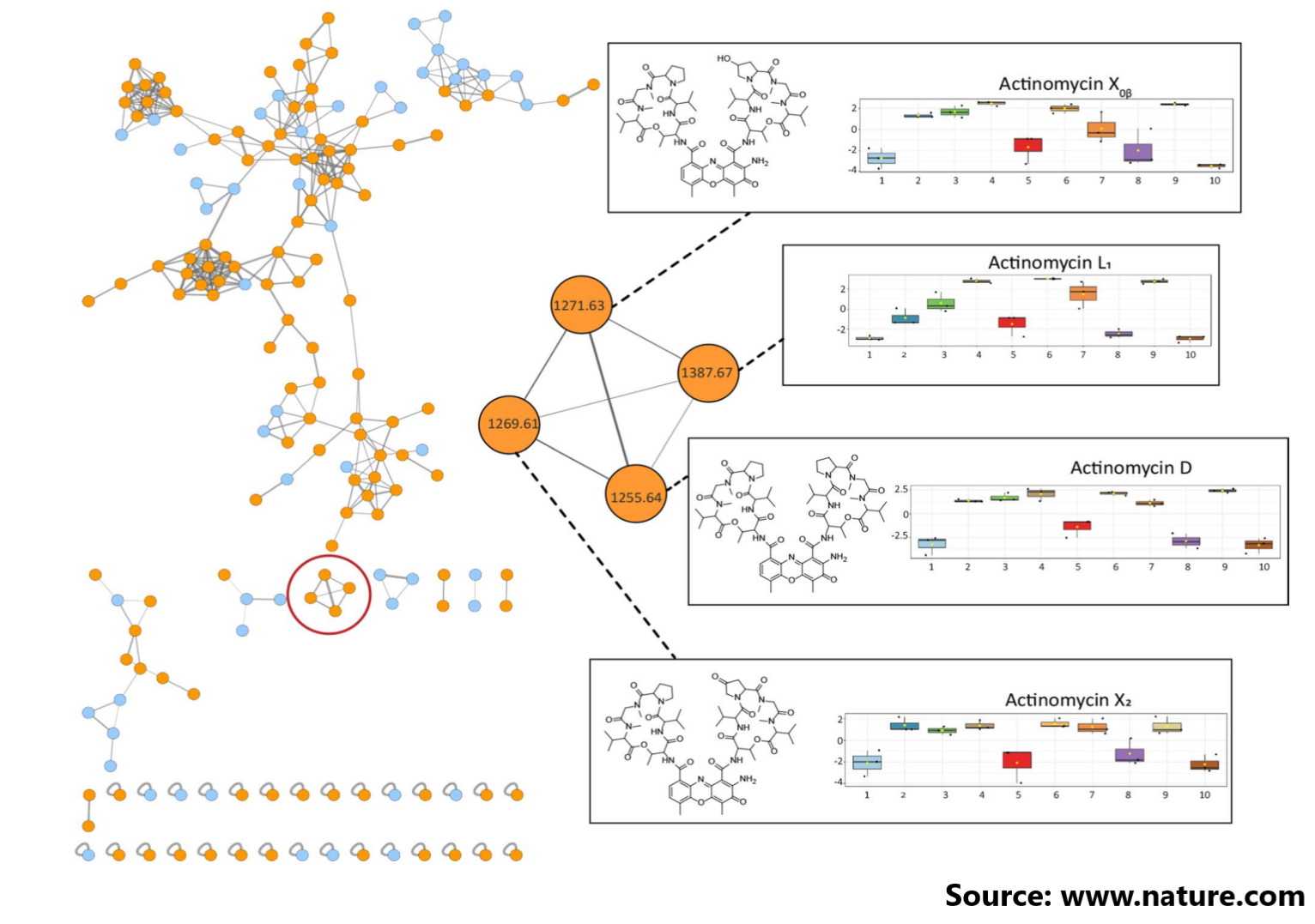 Antibiotic resistance is the major emerging crisis that escalates among the pathogen. Hence newer, less toxic and efficient drugs remains the top priority. The majority source of antibiotics in use today is from Actinobacteria and the antibiotic identified is Actinomycin. Streptomyces’s is the crucial bioactive natural product producer that includes maximum naturally produced antibiotics.

Further, genome sequencing studies on actinobacteria has revealed that it has more biosynthetic potential in bioactive molecular production. The authors describe the discovery of Streptomyces sp. produced novel actinomycin L1 and L2. The structure of actinomycin L2 was determined using NMR and single crystal X-ray crystallography. Actinomycin L1 and L2 are diastereomers. A structural characteristic like this has never been seen before in naturally occurring actinomycins. The discovery provides an example of how we have not exhausted the all the known parts of chemical space.

Antimicrobial activity against Gram positive bacteria was significantly increased by these medicines. Indeed, the discovery of new actinomycin highlights the Actinobacteria’s scientific promise and the many surprises that lie ahead.

To know more, please visit the website of Nature (link).

Efforts to Identify and Combat Antimicrobial Resistance in Uganda: A Systematic Review